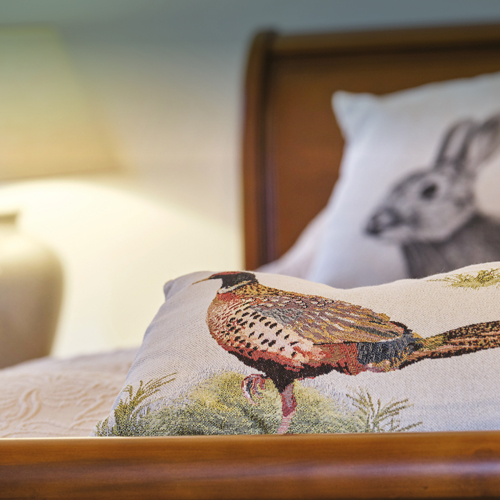 We have three rooms, each named after a story or location that is unique to the surrounding area… Dunraven, Tusker and Sker. Each has original features and all conceived with your luxury and comfort in mind.

ARRIVAL & DEPARTURE
Our Check-in times are from 3:30pm
Check-out is before 11:00am

We ask for a minimum two night stay, and I’m afraid we can’t offer accomodation for your pets at St Bridgets Farmhouse.

We do hope that St Bridgets Farmhouse lives up to and exceeds your expectations and look forward to welcoming you to our home. 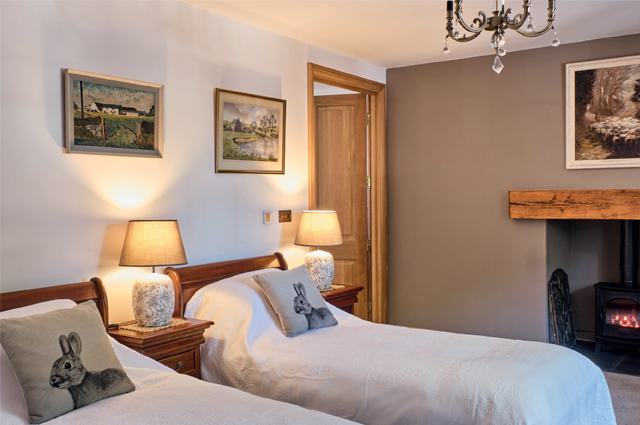 This Room is named after Dunraven Bay The bay is under the headland of what was once stood `Dunraven Castle Dunraven Castle was built in 1803 and demolished in 1963. Originally the site of an Iron Age hillfort, Dunraven became the location for a series of houses. Tragic stories abound about the Vaughan family who once lived there, and the ghost of the Blue Lady and a ship wrecker.

This Room is named after ‘Tusker Rock’. Tusker rock is situated just over a mile west of Ogmore by sea. It takes its name from Tasca the Viking, a Dane whose countrymen semi colonised the Vale of the Glamorgan. Stand looking out to sea at Porthcawl or Ogmore and you may catch a glimpse of a rocky island about three kilometres in the distance.

That small mass of land, with waves lapping at its jagged and uneven shore, is Tusker Rock. Despite measuring less than 500m across, over the centuries the island has claimed a number of ships in the Bristol Channel. You can still see their twisted metal corpses littering the rock.
Some have been there for centuries – their rusted hulls now almost part of the island.

This Room is named after ‘Sker Beach’. Sker Beach is the most westerly of Porthcawl’s beaches and is only accessible by walking from Rest Bay or the Kenfig National Nature Reserve. Generally sandy and flat, it is mostly used by locals, making it one of the quieter beaches in the Porthcawl area.

Overlooking Sker beach is Sker House a historical building in Wales. Originally built as a monastic grange of the Cistercian order over 900 years ago, it is situated just outside the village of Kenfig, near Bridgend. Little remains of the original structure and it was completely rebuilt in the late sixteenth century.